At the end of February 2015, we visited northern Sweden, hoping to get a view of the Northern Lights.  We had a brief stop-over in Stockholm before flying north to Kiruna.  We then spent two nights at the world famous Ice Hotel, situated on the River Torne at Jukkasjärvi, spending one night in an ice room and a second night in a log cabin.   During the day, we enjoyed a snow mobile outing and a day of dog sledding.

We then transferred to Abisko on Lake Torneträsk.   Abisko has the reputation for being the best location in Europe for viewing the Northern Lights.  Due to the local geography, it often has clear skies when the rest of northern Sweden is covered in cloud.  Whilst staying at Abisko, we were taken on a day trip to Narvik in Norway, then spent an evening out on the lake shore with two professional photographers, hoping to catch the Northern Lights.  Despite being cloudy all day, Abisko did not disappoint and the skies over the lake cleared and we were treated to a spectacular auroral display.

On our final day, we had time to explore the local scenery around Abisko. 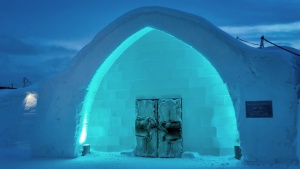 Jukkasjärvi and the Ice Hotel

The Ice Hotel This is the world's original ice hotel, located on the River Torne in Jukkasjärvi close to Kiruna.  Every ...
Read More 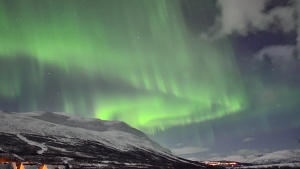 Abisko is a small village in the north of Sweden, about 55 miles NW of Kiruna.  It is located on ...
Read More