We arrived at Keflavik Airport just before lunch-time and picked up our hire car.  On flying into Keflavik, it was surprising to see how much snow there was even at Sea Level.  Already I was thinking this might make for difficult driving conditions as we are not used to much snow in the UK.  We had however hired a 4×4 vehicle, which was equipped with the mandatory winter tires, so I soon found out that driving on snow and ice with the right equipment is nothing like the slippery progress I was expecting.

Our first day’s drive took us to Hraunfossar Waterfall, making a couple of short photo stops as we rounded Hvalfjordur and at the small church at Sidumuli and a longer stop at the Deildartunghuver thermal area where we had a late lunch.  The hot spring at Deildartunghuver is the most powerful in Europe, reaching a temperature of 97degC, and the water is used to heat homes as much as 40 miles distant.

Hraunfossar Waterfalls are interesting because the water flows from underground springs, emerging from beneath a layer of lava to cascade into the blue River Hvita, which gets its colour as it is a glacial river fed by the Langjokull Glacier.  Slightly upstream of the falls is Barnafoss, the Children’s Waterfall, where legend has it that a pair of children fell to their deaths from a rock bridge.  We visited Hraunfossar before travelling to our hotel, but returned the following morning for a longer visit. 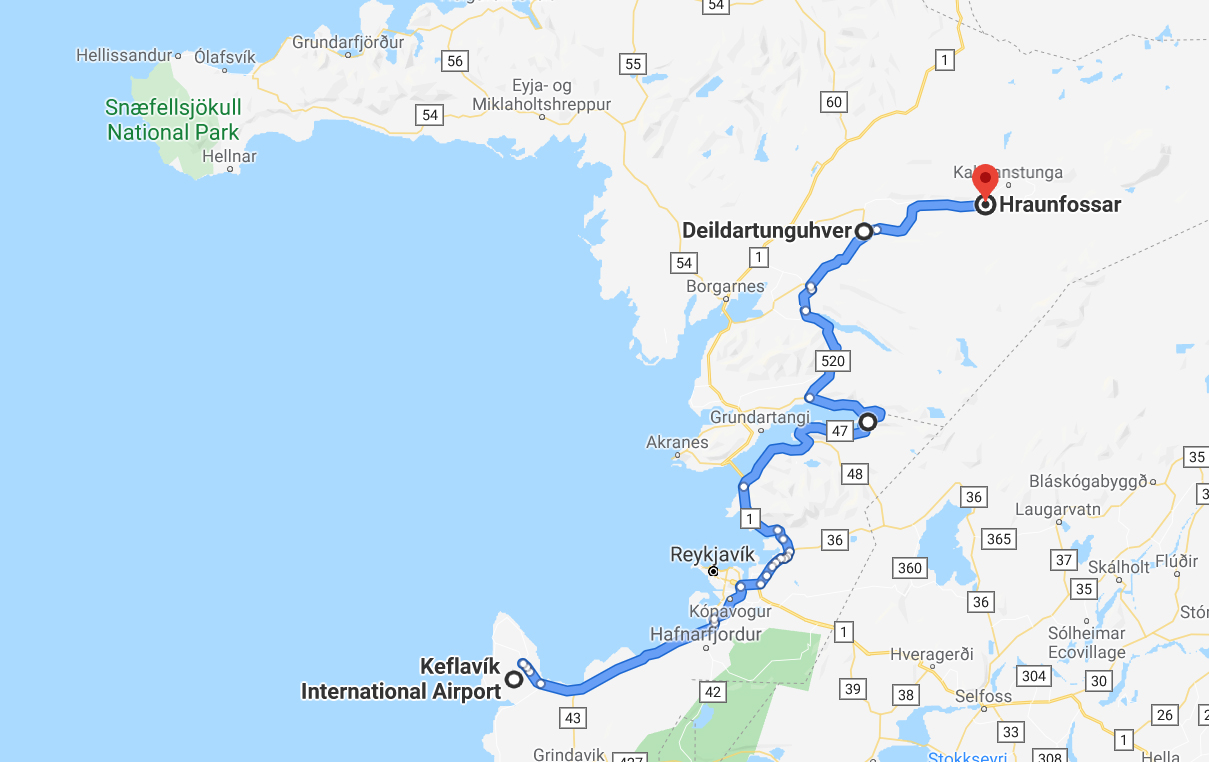