In geological terms, an erratic is a piece of rock that differs from the type of rock in the area in which it rests.  Usually these  are boulders that have been carried great distances by glaciers and deposited when the glaciers retreated.  At Norber, above the village of Austwick, there are a large number of grey siltstone erratics resting on a bedrock of limestone.  The limestone has eroded away, but has been protected under the erratics, resulting in the hard siltstone rock sitting on a limestone pedestal. The Norber erratics are probably the finest example of this geological feature in the UK, and can be easily visited by a short walk from the village of Clapham in the Yorkshire Dales. 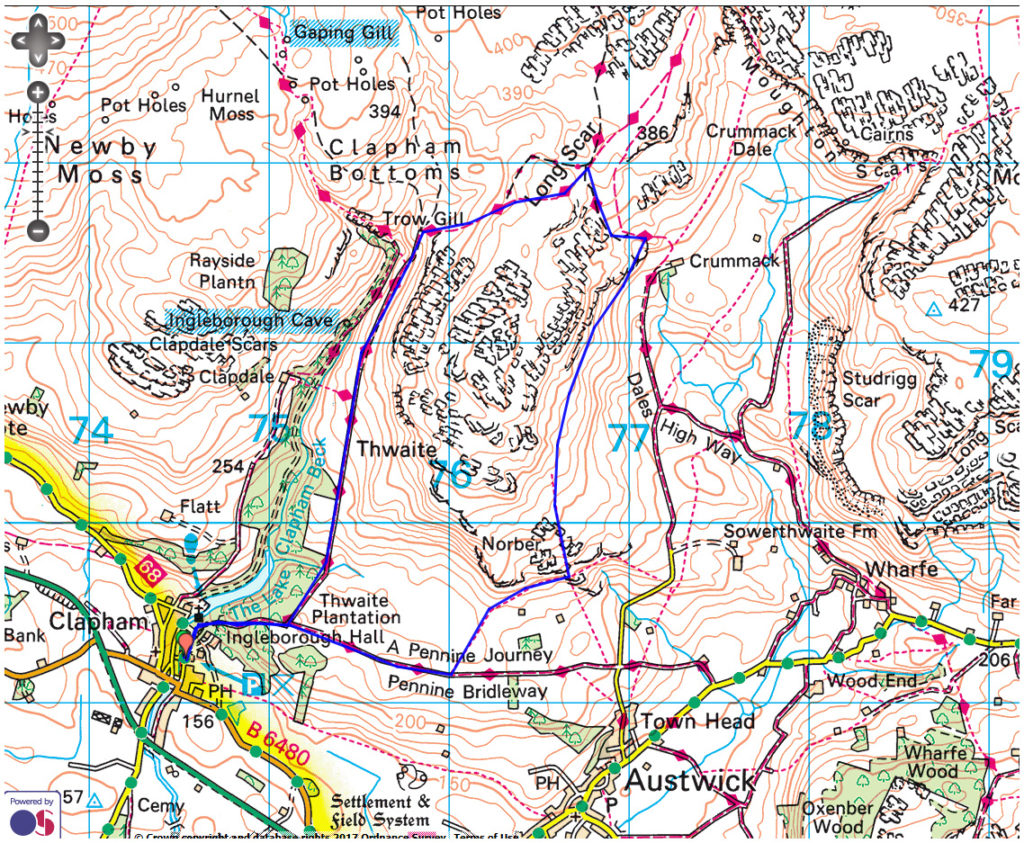 There is a pay and display car park in the village of Clapham at the post-code above.  From the car park, take Church Avenue north and take the path past Ingleborough Hall and through some tunnels.  This leads to Thwaite Lane, which is followed for just under 1 mile.  Turning left up the hill leads to a plateau where the boulders are located.  The walk can be continued north on sketchy paths until paths leading east are reached – here there are fine views to Pen-Y-Gent.  When Trow Gill is reached, the return to Clapham is south along a bridleway.  The total round walk is just under 6 miles.

Posted in Yorkshire and tagged Moorland.